Yesterday was a real yoyo day.

We had a lovely morning. We took Sherman, the dog, for a walk down through the forest to the beach. There, we found a gorgeous Red rock crab shell covered with barnacles: 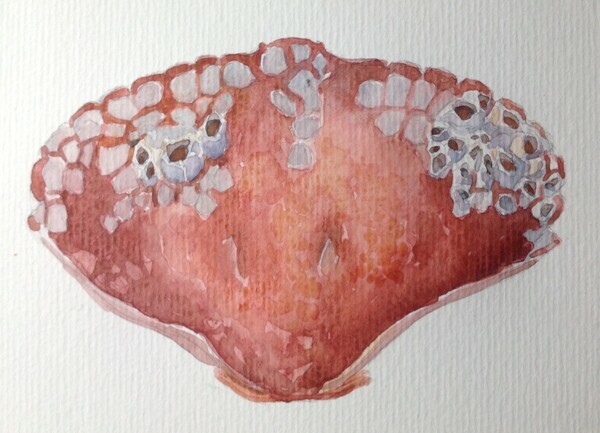 We'll take it back down next trip, but I just had to paint it.

The afternoon was something else again. We had a plumbing emergency - a hot water tap that would not turn off. My beloved tried all his rather extensive plumbing skills, but without the right tools and parts, there was nothing he could do. We couldn't even turn off the feed to that particular faucet. In the end, we turned off the hot water tank, shut the valve, and called in the big guns... They turned out to be the little, local guns who couldn't do any more than we could, but at least they'll get the proper parts and we should have hot water again by Wednesday or so.

Then there were the Seahawks. For the first time in ages, we got to watch a football game, and what a game it was! Talk about defensive. After four virtually scoreless quarters, they went into overtime. Both kickers missed easy, but vital field goals! Final score, six/six, more of a baseball score than a football score, was the first tie since 2012. Weird.